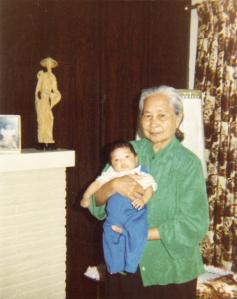 It has been a little over a year since my Inang (ilokano for grandma) passed. Her passing obviously saddened me at the time, but since I was so busy with the many things happening in my life at the time, the impact of her loss didn’t hit me until a month or so later, where I almost broke down at an Arts Kollective meeting.

My Inang was responsible for raising me until I was about 4 years old and I visited her in San Diego every summer after that until I was teenager. She had a big hand in making me what I am today. Here’s the thing though and I never noticed this before until just recently, but reflecting back one year later, her passing represented a huge paradigm shift in my life. Ever since my Inang’s passing, here’s a partial list of things I have done/ accomplished

Okay so back on topic (I have a hard time doing that sometimes), this is a blog on animation and cartoons and the like, what does my Inang’s passing have to do with cartoons? Well, here is the painting(s) I did for the Sarili Cycle exhibition. It was entitled “Homage to the Fallen” and it was inspired by the passing of my Inang: 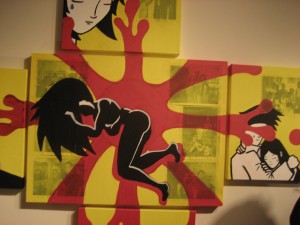 Can you see the cartoon/ animation influence? 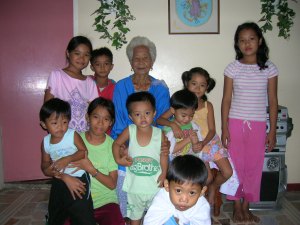 Rest now Inang. I may have just focused on your influence on MY life in the past couple of words, but I hope you also know that you had influence and love for many countless others as well.

I’m starting to ball, so I better end this…